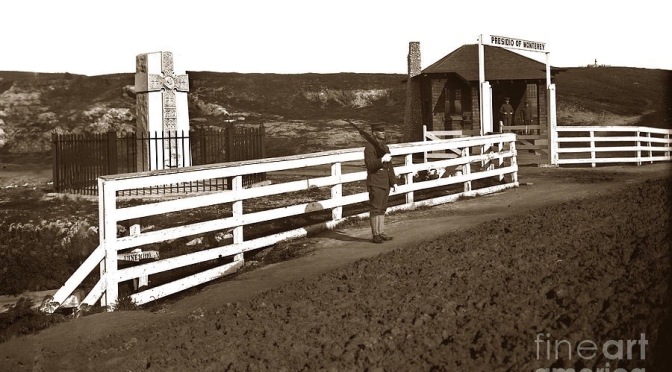 The community, elected officials and the media are welcome to attend. Parking is available across the street in the Heritage Harbor Parking Lot or up the hill next to the Presidio of Monterey Museum (#113 Corporal Ewing Road off of Artillery Road) The Lower Presidio Historic Park is one of the least-visited historic parks in the area due to some confusion about whether the public is allowed in the area. Situated in a “hidden in plain sight” location, the park features spectacular views of the Monterey Bay and Harbor and will become a jewel of the City of Monterey’s park system.

According to Frank Sollecito, past President of Old Monterey Foundation, “We are thrilled to unveil the new attractive eye-catching sign that will allow our visitors and locals to more easily see the entrance to the Lower Presidio Historic Park,”This is a wonderfully spacious multi-use important historic public park that should be better utilized and our new sign will point the way. For the first time in over twenty years possession of the Park by the City of Monterey, a sign confirming the “Public is Welcome” will erase any confusion about entering the military reservation.

The beautiful entrance sign was designed by Kelly McCay of Pacific Grove, Sandy Freeman was the Design Manager, the sign was produced by Monterey Signs and installed by the City of Monterey. We sincerely thank the Rotary Club of Monterey for donating the funds necessary to fund the sign work as part of a Legacy Project for the Club. This is just the first step of many to enhance and restore this outstanding historic Park. Funds are also being raised to create an ADA-accessible path to the Sloat Monument as well as restore the head to the historic Saint Serra statue, ideally later this year.”

The Lower Presidio Historic Park, described as “The Most Historically Significant Site on the West Coast” and “One of the Most Beautiful Places in Monterey” is on its way to becoming a true historic public park to be enjoyed by locals and visitors. Old Monterey Foundation, in cooperation with the City of Monterey and Department of the Army, has raised initial funds to begin Phase One of the project to enhance and restore this historic 25.3-acre site and is now seeking public donations to help complete the project. Old Monterey Foundation invites everyone to become members of Friends of the Lower Presidio  and make tax-deductible donations to more quickly restore the park.

With the help of donations and grants, Phase One of the project will give the Lower Presidio Historic Park the look and feel of an historic public park, including improved way-finding and identification entry signs to assist the public in accessing the site and highlighting several of the important historic periods at the Presidio; development of pathways, benches and interpretive signs and monuments on the site; replacement of the old cyclone perimeter fence with a wood-appearing historically accurate fence, minimal branch/tree removal where necessary to assure views of the Monterey Harbor and restore it to the way it was seen historically; and development of an ADA approved path leading to the Sloat Monument, the highest point of the site. Old Monterey Foundation is now also seeking funds to restore the Father Serra statue that was recently vandalized.

Eric Palmer and Anne McGrath of the City of Monterey Outreach Office completed an informative short video about the Lower Presidio Historic Park and its significance to California and American history.

Why is the Lower Presidio Historic Park considered by many professional historians as “The Most Historically Significant Site on the West Coast”?

There are many major historic highlights of this site which include: 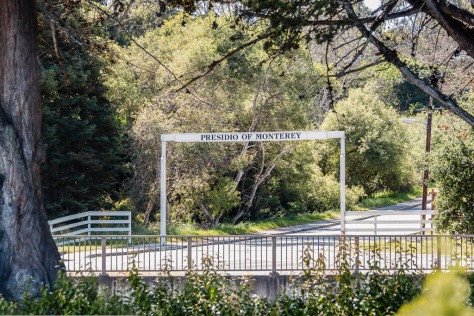