The Battle of Monterey of 1818, a living-history re-enactment, will be held in Custom House Plaza Saturday, November 18 from 1:00 to 3:00 p.m. Costumed early Spanish soldiers will defend the Custom House. The revolutionary Captain Bouchard will lead the charge as with cannons firing, his Tall Ship recreates the only land/sea battle on the West Coast, ever! The Argentinian privateer Bouchard’s attack is a revolutionary marker for the opening of California’s land and trade policies to the world with Mexico’s independence from the King of Spain.

Also featured in this year’s event will be the wise defense by Spanish Royal Governor Sola of his provincial capital of Alta California. Visitors will view the Spanish Empire’s flag taken down and the invaders hoisting the Argentine national flag. But Sola was able to return in a week and take back Monterey with no loss of local lives, The 1794 Royal Presidio Chapel, later to be known as San Carlos Cathedral, and its Heritage Center will both be open for visitors just one year short of the bicentennial of its survival of the burning of the Royal Presidio.

Mayor Clyde Roberson will open the day’s celebration at the Custom House. In 2016 he issued an official proclamation for the City Council declaring the year 2018 as the celebration of Bicentennial of the Battle of Monterey. It established Monterey’s Museum and Cultural Arts Commission as initiators of the celebration. 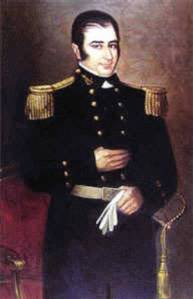 The Old Monterey Foundation is a partner for 2017 and other partnerships are being developed for the 2018 observances. November 18, 2017 will truly be a “pre-enactment” of the bicentennial celebration in 2018. The Tall Ship, “the Lady Washington” will be in the Monterey harbor as part of this year’s 2017 festivities. Educational events and re-enactments are being planned for 2018 exploring the 200th anniversary of this important event in local and U.S. history. Monterey has a unique set of historical buildings from the Spanish and the Mexican eras. The Battle of Monterey is the only battle in the war of independence of Spanish colonies from Spain to take place on the territory of what is now the United States of America. Monterey can be proud of its role as recorded in “The Burning of Monterey” by Peter Uhrowiczk and the “Patriot Pirate “ by Michael Melzer both available at the Monterey Public Library. Let’s celebrate!

For more information on how you may get involved, contact battleofmonterey@gmail.com.